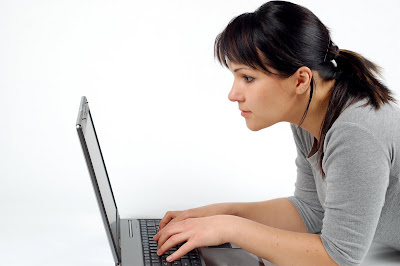 Domain name disputes emerged as one of the first Internet legal issues in the mid-1990s as speculators recognized the value of domain names and the potential to resell them to the highest bidder. The growth of “cybersquatting” led to several unsuccessful attempts to establish a dispute resolution system. Finally, in 1999, the Internet Corporation for Assigned Names and Numbers (ICANN), the agency responsible for administering the domain name system, created the Uniform Domain Name Dispute Resolution Policy (UDRP), which has since resolved tens of thousands of disputed domains.

The Canadian Internet Registration Authority (CIRA), which manages the dot-ca domain, adopted its own dispute resolution policy, the CIRA Domain Name Dispute Resolution Policy (CDRP) in 2002. Using the UDRP as a model, CIRA developed a Canadian version that borrows much of its structure and content from the international approach, yet reflects Canadian law and policy.

The Canadian policy calls for quick adjudication of all disputes in a cost-effective manner and ensures that either party may still launch a court action if they are left unsatisfied.

The CDRP has dealt with many well-known trademarks over the years. Recent cases include the transfer of ultimatefightingchampionship.ca, ufc.ca, jockey.ca, mentos.ca, and americanidol.ca to trademark holders.

The organization recently announced a series of reforms set to take effect later this month that, once implemented, could lead to an increase in complaints.

The most important change involves an expanded definition of what constitutes “bad faith” under the policy. Both the ICANN and CIRA dispute models are intended to be limited to clear cases of cybersquatting and the bad faith definition establishes the boundaries of potential claims.

The CDRP initially included an exhaustive list of bad faith characteristics including registering a domain name with the intent to sell it to the trademark holder or registering multiple domain names that correspond to trademarks (a practice known as warehousing domains).

The exhaustive list was intended to guard against the ICANN experience where dispute panellists ventured well beyond clear cases of cybersquatting by creating their own categories of bad faith. Under the new CIRA policy, the bad faith list is now non-exhaustive, opening the door to more domain name dispute claims and increasing the risk of inconsistent decisions.

The new policy does, however, provide greater protection for registrants of generic domain names. These include generic words that may correspond to a trademark, but are widely used for many other purposes. Registrants will no longer be required to marshal evidence they have used the generic domain in order to claim a legitimate interest.

Other changes include shortening the implementation period to allow for faster domain name transfers after a decision is released and allowing for domain names to change hands during the dispute process should the parties settle the case.