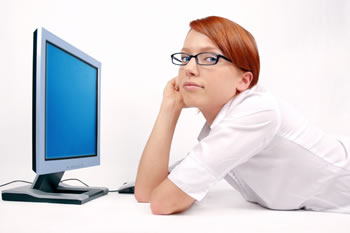 What worked 2 or 5 years ago might be completely unnecessary these days or even bad for your site’s ranking.

Leading search industry publications publish the most probable Google ranking factors each year. Nonetheless many webmasters prefer to stick to the past or follow wrong advice from bloggers who just repeat SEO myths.

In recent years, Google has not only included lots of new media types into its search results; it has also added numerous ranking factors while rethinking many old ones... thus the game is changing rapidly as other things become more important.

Below is a list of new or current ranking factors that get underestimated by webmasters and neglected because of this. Included are those often old school ranking factors webmasters tend to overestimate the power of. These may not work anymore, or may even hurt your site in Google’s search results.

Site Speed – site speed is an official ranking factor that Google has been pushing quite hard for a while. Despite this, I still see plenty of sites that don’t seem to care. They load huge images where you don’t need any or are cluttered with widgets and rich media that take too long to load. Especially on mobile phones, Google prefers sites that load quickly.

Social Signals – Twitter, Quora and even Friendfeed get used by Google Social search to populate your social search results, but these services also influence regular results. Hundreds of tweets by real accounts with some authority can push your site significantly. A few tweets by authority accounts or even one Google Buzz mention can get you indexed. Google just acquired social media analytics tool PostRank so they can measure this even better.

Usability – with the Google ”Panda” high quality update, user experience as chekecd by human quality raters and automatically measured by algorithms have been introduced as a direct ranking factor.

Outgoing Links – it has already been two years since Matt Cutts disclosed that outgoing links to authority sites are a positive ranking factor like bad neighborhoods are a negative one. These days some of the most renowned SEOs advise linking out not just for direct ranking benefit, and link out a lot themselves.

Google +1 – with the launch of Google +1 it has been announced that +1 votes will count as a ranking factor. There are still penalty of sites who don’t seem to care. Inserting a +1 button is easier than a Facebook-like widget.

Branding – over the years, branding has seemingly become one of the most important ranking factors for Google. Make sure that people know your name and link to you using it. This way you ensure that you will be created as a brand while generic sites get downranked. It’s even feasible that Google counts the number of mentions of your name or brand that do not link to you. The more you get talked about the better, of course.

SERP CTR – Google can measure how many people actually click your site in search results. You can even see the numbers in Google Webmaster Tools. The less people do click, the less valuable it must be is the logic I’m afraid. Make sure you sport an enticing meta description and title tag. Don’t just stuff keywords in there like 10 years ago.

Readability – Google is also measuring the readability level of a text. For instance, most of my blog posts don’t require a university degree to get understood. That might be an advantage in many cases, unless someone needs scientific advice of course.

Ads to content-ratio – too many ads on your site may mean bad karma as your site might get considered to be a thin content site with more ad than actual text. If you use Adsense, this might be even easier to determine.

Site topic – what is a page about? Increasingly, search engines try to understand the meaning of a query to return the best results. Google is still at a very early stage of this, but it already matters what the page linking to you deals with. So placing an SEO article on a gardening site may not work in the future.

Page age (not domain age) – Google is increasingly keen on displaying dates on your articles and posts. While it’s not yet clear whether it’s a direct ranking factor as well, it will surely impact your click-through rate. The older the date, the less likely people are to click.

Link velocity – by link velocity, we describe the actual number of links a site gets in a particular time frame. If you get links too fast, you may end up in a Google filter. On the other hand, a good viral campaign with a large number of links in a matter of hours or days can propel you to the top accordingly.

Link decay – as content gets older, many links in it end up being broken. Or even worse, some of them redirect to bad neighbourhoods. So link decay may hurt in two ways, by either showing that your content is now obsolete or by hurting it directly by linking to spammy or rogue sites.

Internal link anchor text – the actual anchor text your internal links have can be a major ranking factor. So don’t link ”services” in the menu but ”seo services”.

Alt text – in 2009 it seemed that alt text, the text you add in the alt attribute on images, may be one of the most important ranking factors on page. I admit that I still neglect this ranking factor, sometimes due to sheer haste and laziness. Blind users are only aware of the alt descriptions so you may want to think twice and add them.

On page link position – over the years, Google has been stepping up its efforts to identify where a particular link is on a webpage, in the footer, sidebar or the editorial part of the content. These days editorial links are best, of course.

Natural link profile – a natural link profile consists of all kinds of links: branded ones, deep links, nofollow links, even links from low quality scraper sites. By now it’s quite sure that Google has to look at the overall link profile of a site. If your site has only links from one geographical area, sites on one specific topic or specific links (e.g. blog comments), for example, this may mean that you will be ranked accordingly.

Deep link ratio – with the new Panda algorithm, sites with many pages that have no external incoming links have suffered. Until now it was enough to have enough authority from the homepage to push thousands of pages down in the hierarchy. From now, deep links get even more important for so called long tail content.

Link geography – as noted above, UK-based links are good for UK sites that want to rank in the UK. If you want to also rank well in the US, you want to make sure you publish and promote your posts while most US citizens are awake (not in the morning UK time). This also works for tweets, as some tests have already shown.

Just consider this: a new site is buying links from a few high PageRank sites and has barely any other links from domains with no Google authority. Doesn’t it look suspicious?

Facebook likes – in recent days there’s been a lot of news coming in that Facebook likes do not count as much or at all for Google rankings. Until now, after a disclosure a few months ago, it was assumed that Google counts public likes from profiles that are visible to everyone (like mine is for example).

Exact match domains – for years, so-called exact match domains e.g. seo.com for the query [seo] have been the best bet to rank quickly and stay on top. The good times seem to be over, however; branding gets more important, and even an exact match generic keyword domain is no guarantee of ranking these days.

Backlink anchor text – when every link to your site from the Web has the same anchor text, such as “seo agency”, this will be easily detected by Google. The anchor text of incoming links gets monitored more closely, so using it in an over-optimised way might even hurt you.

h1 headlines – some already old studies suggest that the h1 tag has lost much of the impact it once might have had on Google results. h2 and even smaller headlines most probably counted for more until now. Other specialists tend to dismiss h-tag altogether these days. I’m not sure here, but headlines are not a place to stuff keywords in anymore.

Top level domain – the TLD, that is the .com .co.uk or .fr ending of your domain, doesn’t count that much these days. Sites with .ly, .me, .is and other similarly exotic top level domains can rank well now without major disadvantages. Just look at Good.is – it even outranks Good.com.

Server location – my own SEO blog over at SEO 2.0 has been ranking for years in the US, despite being hosted in Germany. So while hosting locally is a good thing, it won’t stop you from ranking when you get your SEO strategy right and earn links from your target market. I considered moving it, but I decided that the change would not be significant enough to justify the risks of moving.

Content length - I remember when one of the most common pieces of SEO advice was to write content that is at least 200 words long. Also, over the years, pages with very long on-site copy have traditionally ranked better than short ones. Now that Google has cracked down on content farms that focused on size not quality, it would seem that content length is not a signal of utmost importance anymore.

Backlink number – I also remember a time when you looked at the sheer number of links a site had. Soon the number turned completely useless because of thousands of footer links from ”partners” many websites got. With the appearance of widely used CMS systems like WordPress and Drupal, Google has taken measures to curb the footer link game.

Keyword density – the higher the keyword density, the more likely you get penalised by Google for keyword stuffing. Keyword density is not a metric most serious SEO practicioners use in 2011. While it’s good to mention your actual keywords on page, any suggested density of several per cent is nonsense and barely readable.

Meta keywords tag – no major search engine uses the meta keywords tag as a ranking factor these days, yet some blogs still advise you to use it for SEO. Some SEO experts assume that it’s even a negative ranking factor. Google might be checking whether the keywords mentioned in it are also found on page, and if they aren’t, you might get downranked.

Of course, ranking by itself is not the only thing important in SEO, but if your SEO strategy is based on outdated ranking signals that do not matter anymore, while you ignore the most important current ones, you may be heading in the wrong direction.

Make sure you stay on top of new developments. On the other hand, you may have to focus on the actions that work in search due to the fact that they are popular. This way, you are staying ahead of Google's future changes.