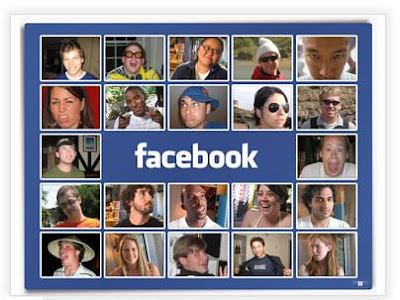 It may be too soon to tell, but according to some industry insiders Facebook's days are numbered... and it could mean a world of difference to people looking to the popular social networking website as a source of internet marketing.

#1. Facebook Fatigue - More and more people are cutting back on the time they use on Facebook, claiming they are tired of the constant nonsense chatter. Some people have deleted their accounts altogether.

#2. Competition - With Twitter, Google Buzz, Orkut and the myriad other social networking groups out there the competition for attention is becoming pretty stiff. For now Facebook is the #2 most popular website out there (according to Alexa.com which tracks internet popularity), but its reached a plateau. Some industry insiders are now concerned a new upstart website will replace Facebook as the premiere social network.

#3. Facebook Profits - Unlike Google which has enjoyed huge profits since it first introduced AdWords, Facebook's profits have been almost non-existent in comparison. This is largely due to the problem that when people visit a social networking website the majority of the ads they see are either for weight loss or personals, which apparently are not being clicked on that often.

#4. Is Social Networking a Good Marketing Strategy? - Early on the youngsters and tech savvy were promoting their websites on Facebook and bragging about their websites to all their friends. Some of them even went so far as to start befriending lots of strangers in an effort to gain a larger audience to advertise too... but this backfires because many people have caught on to this ploy and are now much more cautious about who they allow on their friends list. The long and the short of it is that Facebook (and similar websites) aren't really effective advertising places. They're excellent tools for maintaining a fan base, a newsletter, posting updates... but its not a realistic way to advertise.

#5. Annoying Facebook Emails - Every time someone updates something or sends a message on Facebook you get these annoying messages... "Jane Doe sent you a message on Facebook..." Right now if I check my inbox I see 80 Facebook messages that I haven't got around to deleting yet, and if I check my trash there's 34 messages I've deleted in the last month. Thats about 120 messages per month, 4 per day, and the vast majority of them are completely unnecessary and useless. (Seriously, do I really need the extra email in my inbox every time someone responds with LOL?)

#6. Mark Zuckerberg - The creator of Facebook is still only 25 years old and while he does enjoy wealth and fame, his website is largely paid for by the American government and the American advertising industry which is using the website to determine what "trends" the American people are worried about. So far they seem to be worried about their weight and their love life, but thats statistically true for all human beings. The problem is Zuckerberg doesn't seem to know what to do with the company financially (he doesn't even have an official business model or a marketing plan) and he keeps getting in trouble with privacy concerns. 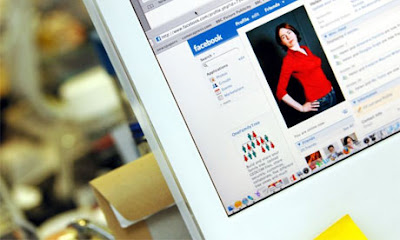 #7. The Privacy Debate - Facebook has accomplished what Geocities set out to do back in 1994. Geocities wanted everyone to have their own personal website, where they could do whatever they wanted (providing it was clean and legal), but required them to learn how to design a website. What Facebook has done however is standardize the approach by using lots of forms for people to fill out. You can list your real name, where you live, your phone number, your favourite colour, what kind of car you own, what things you like to drink/eat, and you can even post all sorts of embarrassing things you do on a minute to minute basis just like Twitter (which is another website that wastes your time). The problem is that this all becomes TOO MUCH INFORMATION and has led to a variety of problems like people having their identities stolen, their houses robbed when they are away on vacation and even complete strangers messing around with their love lives. And this totally ignores the problem that the US government is watching for terrorist activity and the American marketing industry is simultaneously watching for the best time to sell you a product. Thus while its obvious that Facebook is being used for marketing, when they actually try to sell it a product its rather disturbing that they are peaking through your xmas wish list that you posted for your family/friends only...

#8. The User Interface - Facebook keeps messing with the user interface... and making it worse. This annoys people every time they do it.

#9. Lots of Fluff, No Shopping - Facebook is full of clubs, groups (like Yahoo! Groups or Meetup.com) and lots of artists/musicians trying to make a name for themselves... but there's no marketplace like Amazon or eBay. It seems silly that a website dedicated towards market research doesn't even bother to have sections where people can order products... but then that would be self-directed, wouldn't it? Facebook's goal is to watch for trends, and then market to those trends directly through targeted advertising. 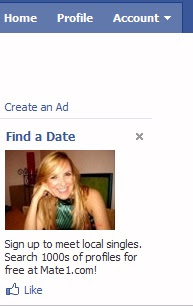 #10. Sleazy Ads - The ads on Facebook all seem to be from the bottom of the barrel. They're the king of ads you expect to see in your spam folder. Lose Weight. Find a Girlfriend. Buy Viagra. Get Rich Quick. These ads hardly suggest a company worth investing in. So even though the ads are targeted, the people/companies doing the targeting are less than desirable and it really makes you wonder how much of your profile info they can see, even though your privacy settings are the highest you can make them. Facebook seems to have attracted a lot of get-rich-quick schemers and their marketing tactics are dubious at best.

IMPORTANT NOTE: Facebook has plateaued and is now losing popularity, down approx. 1% over the last month. More importantly however is the fact that compared to 2 years ago individual users are now going to the website half as much as they used to, down 5% in the last month alone.

If these trends continue Facebook's time in the lime light will dwindle... in which case maybe then people will wake up to the fact that it was never a real viable option for marketing anyway. Too many LOLs, friendly pokes and twittery posts... its all just too much fluff.